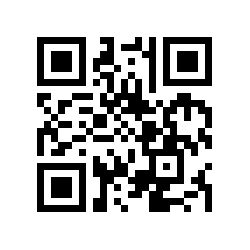 You rarely see a game which shakes the industry the way Fortnite did. Do you remember the last game which achieved such a high-level of popularity? That was Minecraft and that game came out 10 years ago.

Fortnite was released by Epic Games in 2017 and has since then earned over $3 Billion in profit. The game deviates from the traditional shooting game genre by including base building and crafting mechanics. It is much livelier and more colorful than its closest competition and the and the games stylized, and cartoonish aesthetics makes it a treat to play. Currently Fortnite has 3 game modes:

My personal favorite, in this game mode you get to fight a TON of zombies. The best part is that you are working closely with your friends and team to defend your bases from the hordes of zombies that are attacking you.

I don’t know if any other game accomplishes this mode as well as Fortnite (maybe Halo 3). In this mode you build your own map and invite players to play on it. You can do whatever you want (with-in certain limitations). You can show off your driving skills by building a racetrack and competing against your friends, or you could simply have a jumping competition. Whatever you fancy.

The most popular game mode of the three. Players are thrown on to a map, with no resources and weapons available (you have to gather them over time). The objective is pretty simple. You kill your competition until you’re are the last one remaining. A game usually has 100 players in the beginning, and you can also play as a team with your friends in groups of 2 or 4. The game mode frequently changes according to the season and has in the past divided the 100 players into two teams of 50 and pitted them against each other.

Probably the most loved feature of Fortnite is the ability to build ramps, walls and complex structures. While the feature might seem intimidating at first, you start loving it once you get used to it. Not only does building add depth and complexity to the game but, it is also fun for casual players. I can’t even count the number of times I have trapped my friend in a building rigged with traps. It’s super fun.

Players can also perform various gestures and emotes throughout the game (most of them end up just dancing though). The game also allows users the options to buy skins/costumes and emotes for their characters through the in-game shop.

Epic also makes a pro-active effort of keeping the game fresh and interesting. Besides introducing new game modes and carrying out meta changes, EPIC does a very good job in partnering with other companies and individuals to keep the game fun through a list of frequent in-game events. How? Well the game once had a live in-game concert of Marshmallow. The game also introduced an Avengers Game mode during the launch of the much-hyped Avengers End Game. Not to forget, it introduced a John Wick when the latest installment was released in 2019.

Few people expected Fortnite to be the game it became. Even fewer people expected to have so much fun playing it. Fortnite has truly changed the way people see Battle Royale Games and has rightfully taken its throne as the king of online games.