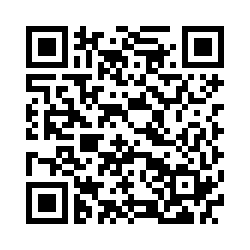 You star as the protagonist, a young man returning to his college town following the mysterious death of his father. From here on out, you’ve got several missions to embark on, although sex dominates the antics of your spunky young hero by a long way. Remember all the 90s games that Sierra used to put out? Summertime Saga is like that, but again – it’s all about sex, instead of elves, orcs and that kind of stuff. The only fantasy present here is recurring wet dreams.

Allegedly, when you download Summertime Saga, your primary purposes in the game are to uncover the mystery of your father’s demise, earn enough money to pay for the college tuition that you’re definitely not making the most of (at the start of the game, you find out you’re failing all of your classes…) and naturally enough, you’re on the ostensibly innocent quest to find a date for the Sorority ball, but romping your way across town in the process of sourcing a suitable companion can’t hurt right?

What the hell is Summertime Saga APK?

Don’t worry, I had to ask the exact same question before getting around to writing this. Sorry, yeah – a quick introduction is probably in order! Summertime Saga APK, you can download it here for free, it’s a dating sim, visual novel and an adult adventure game fused into one steamy, sexy mess of a game. So it goes without saying that Summertime Saga APK is 18+ material and so anyone under the age of 18 should stop reading this.

When you download Summertime Saga APK, you’re basically downloading a very sexually charged detective story. I don’t want to give away too many spoilers, but the rumours are already circulating

the protagonist’s college town – his father was in some serious debt to the mafia, but the police are yet to turn up any concrete evidence, so you decide now is the time to impregnate half the town.

The storyline to Summertime Saga is surprisingly good though!

While Summertime Saga may not sound like the game to download if you’re looking for an interactive storytelling experience, chiefly because the primary aim of the game is just to get laid over and over and over again, which could be art imitating life or just a particular perverse bent from the gaming developer’s perspective.

Either way, there’s a lot of characters, each with their own subplots and a lot of mini games for you to take part in later – all of it is designed to help you acquire more sex. Sex is literally the only real end goal beyond making enough money to pay off your college tuition and attempting to uncover the mystery of what happened to your now dead father. It’s bizarre, unique and utterly intense – which is why you can opt to start the game with “Cheats Mode” on which gives you pretty much instant access to all the features that you can unlock throughout the game.

Summertime Saga is a highly stylistic game with stunning art, design and graphics

As far as adult themed video gaming goes, Summertime Saga provides some well-rounded entertainment and does so without compromising on the artistic values of the game. Dating sims usually don’t go into this level of detail with creating a narrative this rich and the idea that you are the main character, making all of the choices that may or may not lead to getting your end away, is part of the thrill, I suspect.

Use the mouse to guide your character around the map, unlock new areas, new characters – each with their own subplot, which thankfully happens to run parallel to the protagonist’s main quest, which is to catch as many exotic STDs as possible.

As such, Summertime Saga APK doesn’t just try to out-sex itself or out-sex the internet, namely because if it attempted the latter, it would lose badly to the sheer volume pornography that exists out there in cyberspace. The gameplay as a result is rich, addictive and wonderfully interlinked – certain missions won’t be possible to complete until you’ve already helped out another character (who you also have to copulate with at some point) and this is how the narrative takes the man about town all over town. It’s all part of the graphical adventure when it comes to Summertime Saga.

In terms of progress, Summertime Saga sets you up with a few key variables that you need to work on, these are referred to by Summertime Saga’s fandom as stats, which are then broken down into categories:

– Strength – Summertime Saga is going to put you in some compromising positions and you’ll need to be able to defend yourself at some points, but also you’ll require this act bravely too and there’s no shortage of opportunities for that, so head to the gym.

– You can work on your strength using the help of Kevin – the college janitor – who’ll spot you while you lift weights and yell at you when you fail to keep up with his demanding regime.

– Also worth noting that to get Kevin’s muscle motivation, you’ll need to get someone to cover his shift. Your pal Erik is probably your best bet, but whoever you choose to try and cover Kevin’s custodial duties, you’ll have to help them in some way, run an errand or buy them a gift. This in turn will send you on some weird mad-hat adventure where most likely, you’ll bump into more highly shaggable ladies that will trigger new quests to pop up like a morning boner.

– Dexterity – Totally different from strength but earned in a similar way. Again, this will be highly useful as far as stats go, especially if you think you have any chance of porking one of the numerous yoga fanatics that strut about Summertime Saga as though they’re perpetually on their way to star in a rap video. Nevertheless, you’ll need to hit the gym again if you want to get dextrous enough for a Mr. Universe contest.

– Earning my dexterity isn’t as easy as just doing some cardio, because that would be far too easy, instead, you’ll need to learn Muay Thai from an old man and a punching bag, which

will make you dextrous enough to perform sexual feats that defy reason, belief and the laws of physics.

– Again though, all is not so simple as you might think – the old man who’ll teach you how to box in order to build your dexterity is not in it for the money. Don’t be a fool, you can’t just pay this guy to train you up, no! You must first deliver him fresh women’s panties, which is probably the most Japanese element of the gameplay.

– Charisma – This is probably one skill that you genuinely would need in order to pursue a member of the opposite sex, unless your chosen mate is keen on remaining static in silence and occasionally venturing so far as to put Netflix on.

– Growing your charisma stats is actually fairly straight forward, oddly, given that it’s easier to grow muscle than it is to grow a personality, but hey – you’re a well-adjusted teen male (most likely) and doubtless you’ve already got a great personality, you’re looking at Summertime Saga APK after all…

– To get more charisma, just attend the rap battles that take place in the park every night – Summertime Saga sets this up as a series of questions, so don’t worry, you won’t need to be a teenybopper Eminem before you can lay some proverbial pipe. Spit them bars and you get more charismatic and therefore instantly more fuckable, once again, art imitates life here with Summertime Saga.

– Intelligence – it’s rare for a game to encourage you to develop intelligence, but Summertime Saga APK is not your average Android game. Racking up IQ points is as important to getting laid as having a driver’s license is to swimming, if the entire Midwest of America is anything to go by. Christ, what a mess out there.

– Nurturing your intelligence is also relatively simple and certainly doesn’t have you committing all kinds of tomfoolery across town in a simple bid to enhance your intelligence. Summertime Saga lets you build this stat very easily just by playing computer games, which might seem a little self-congratulatory if it weren’t for the fact that all the stat building activities end up becoming part of the many mini games that crop up throughout Summertime Saga.

More often than not, when they collect that debt, it’ll involve more sex, sex toys or lingerie because god is dead and this is the strange brutal universe we inhabit in Summertime Saga. Aside from

You can deliver pizza and use the opportunities available there to learn where people live, sneak into their rooms and attempt to spy on them getting naked, which they always seem to be doing just as you arrive with the pizza they consciously ordered.

It’s definitely worth remembering that at the moment, you can only download the Alpha version of Summertime Saga, which means that essentially, it isn’t finished. DarkCookie and team will be adding plenty more sexy characters into the game, all of them with their own fetishes and subplots which will – spoiler alert – see you sexing them up according to their fetishes, probably.

It also means that Summertime Saga could change and the details we’ve listed here may alter as the funding from the game comes directly from supporters on Patreon – this was probably not what Patreon had in mind when they were setting up a means of supporting artists, but what the hell, if you’re a 65 year old man with more cash than needed, an Android or Windows device and the need to release some magical hand shandy, then maybe you can donate.

Currently, there are plenty of female characters that you’re able to cavort about with, but there are still a lot of women in this graphical adventure that, somehow, just don’t feel like letting your main character inside of their holiest of holes. Shocking, I know.

Stay cool though, there are rumours of a new series of cut scenes that may or may not be video streams, but we’re yet to confirm if this is true. We’re also hearing that as Summertime Saga continues to develop, there’s going to be the introduction of a few more features, so that’ll have an effect on the gameplay, like more bangable characters, others, like a bug tracker and a Subscriber identity module, aim to make Summertime Saga more accessible and less buggy for players on various devices.

While so far, Summertime Saga has enjoyed a good reputation for fixing bugs with patches and updates, the need to develop a greater bug tracker is apparent, but come on folks, they’re a very small team and they already work very hard to bring you the graphical adventure, the visual novel, the naughtiest of digital media – Summertime Saga.

We know that most of you’ll be playing with one hand on the mouse, one hand down the pants and an urgent desire to get the fapping done before your parents walk in to put you to bed, but please spare a thought for DarkCookie developers, they’ve got access to limited servers, resources and funds, so slow that hand down, keep one firmly gripped on the mouse and be patient!